Climate change, cybercrime, overregulation and skills shortages are just a few of the challenges that global brokers, insurers and reinsurers must address if they hope to trade sustainably over the next three years. 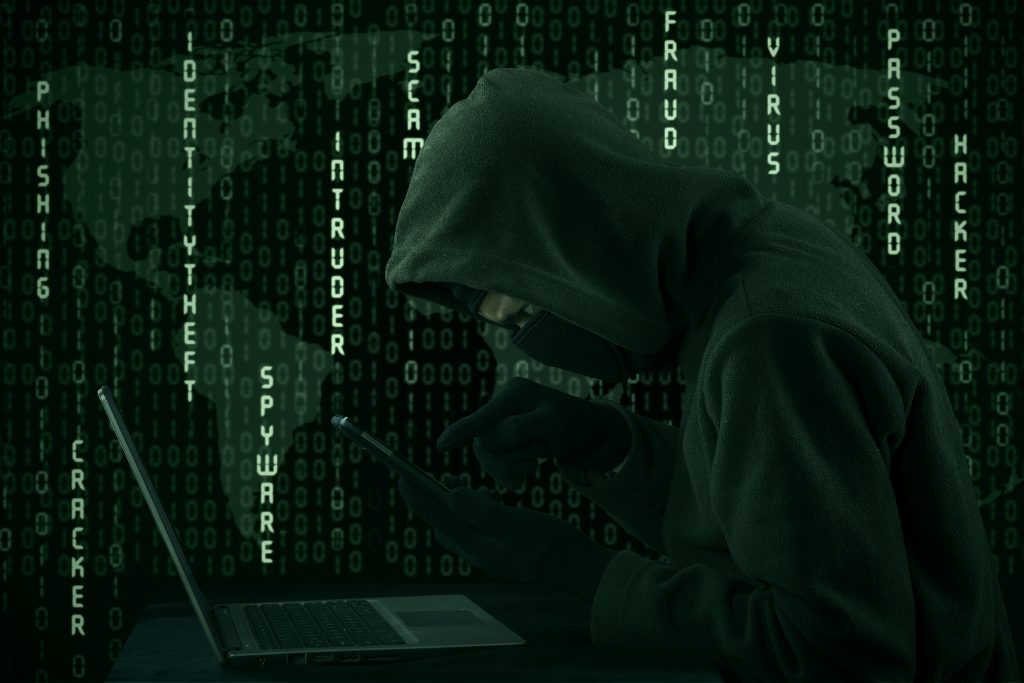 Author’s note, 17 March 2020: Global pandemic was not among the insurance challenges discussed during this panel discussion, held less than a month ago. And as recently as 15 January 2020 ‘global pandemic’ failed to make the top five risks (measured by likelihood or impact) on the World Economic Forum’s 2020 Global Risks Report. What a difference a month makes!

Patrick Bracher, director at Norton Rose Fulbright, used his opening remarks to the firm’s 2020 Meet the Insurance CEOs panel discussion, held 25 February 2020, to reflect on the insurance risk environment. His views were informed by both the World Economic Forum’s 2020 Global Risk Report and the latest Willis Towers Watson survey of insurance executives. These executives, said Bracher, were most concerned with cyber risk while the final item on their list, emerging risks, were described by the report’s author as factors that leave a ‘feeling of ill-defined gloom’.

The Willis Towers Watson survey noted that insurers had more reason to worry about cybersecurity and cybercrime losses than other businesses because they were not only exposed to direct attacks on their operations; but had to compensate policyholders for a wide range of potential cyber losses. To make matters worse, cyber losses are increasingly being claimed for under non-cyber sections of general insurance policies. “Overseas regulators have been warning for some time about the risk to insurers due to cybercrime losses,” noted Bracher. “We have seen a worrying trend emerging out of the United States in that policyholders are launching cyberattack liability claims based on the ordinary public liability insurance wording”.

Gary Jack, country president South Africa for Chubb Insurance agreed that cyber was high on African insurers’ risk agendas. “We find ourselves in a fast-changing risk environment without the benefit of a long history of underwriting cyber risks – the industry is learning as the claims experience develops,” he said. Insurers have noticed a steady worsening in their claims experiences of late, as both the frequency and severity of cyber loss events increase. “There has been a significant increase in ransomware attacks,” said Jack. “There are multiple million-dollar demands being made each year; but at the same time extortionists are hitting thousands of organisations for small ransoms – they do not care if their victims pay or not – they treat it as a numbers game”.

Climate change and its associated perils appear prominently on global risk reports; but drop to positions eight and nine according to insurance executives. George Bishop, CEO of Willis Towers Watson South Africa, noted that it was difficult to mitigate against loss events linked to climate change. “You can apply risk management to reduce fire and explosion risk and prevent mechanical breakdowns, but it is increasingly difficult to mitigate global warming and its associated perils,” he said. Climate change is in stark focus following the growing realisation that loss events such as the 2019-20 Australian wildfires and 2020 UK flooding are integrally linked to the phenomenon.

Gareth Beaver, CEO at specialist liability underwriter SHA, mentioned that global insurers and reinsurers who wrote catastrophe risks (primarily with US exposures) faced a looming casualty reserve shortfall. “The same issues are playing out in many jurisdictions, even in South Africa,” he said. “We are talking of a shortfall of as much as US$200 billion, the equivalent of four major weather-related catastrophes”. Despite this scenario the industry remains one of the best defences against climate losses. “Climate change is a long-term problem that the planet must deal with,” said Jack. “Our industry takes short-dated liability through annual contracts and has the capability to analyse, model and understand climate risks over time – this is still an insurable class”.

Against this backdrop a hardening of rates is inevitable, forcing stakeholders in the industry to focus more on risk management and risk mitigation. And harder rates mean that clients pay more for insurance covers. “A broker recently gave an example of a US$10 million layer risk where the previous premiums were around US$350 000, the new quote that came on the market was US$3,5 million,” said Beaver. The challenge facing short-term insurance brokers is to explain to clients, especially clients who have not had any claims in the preceding period, that they are going to pay more for risk management and more in premium. This discussion takes place in an already stressed business environment.

The evolving risk landscape supports a move from insurance as a catch-all for a range of perils to insurance as an important component in an overarching risk management programme. Darryl Grater, president of the Insurance Institute Gauteng (IIG), added that the nature of risk had changed significantly over the past 50 years. “In the 1970s firms were most concerned about asset-type exposures under categories like fire, theft and accidental damage – nowadays they have massive intangible assets that are under threat from emerging perils such as cyberattack and reputational damage,” he said. This shift has forced the industry to reconsider its skills profile and acknowledge that the skills needed to succeed in the sector a decade ago are inadequate to address emerging risks.

The skills debate had shifted from one of transferring skills from experienced employees to new hires to one where recruits are already competent in technology disciplines such as artificial intelligence, data science and robotics, among others. “We need to figure out how to attract actuaries, accountants, doctors, engineers, lawyers [and individuals with specialist technology skills] to write these emerging risks” said Beaver.

Cedric Macondo, CEO at special risks insurer Sasria SOC Limited, urged the industry to improve outcomes from the skills levies paid over to INSETA. “We are at risk of technology overtaking us,” he said, before adding that the skills presently on offer to the industry were not innovation ready, with major shortcomings in areas such as data science.

Skills development and transformation also top the agenda at the IIG. “South Africa’s high unemployment rate is both an obstacle to and an opportunity for the insurance industry,” said Grater. “Whether you are a broker, insurer or a reinsurer you need skilled people in your organisation – you cannot appoint someone without industry qualifications or the necessary supervision”. The IIG advocates mentorship as an effective bridge between the older generation and new hires in the industry.

But the challenge goes beyond attracting the right skills. Bishop contextualised the skills development challenge facing the local insurance industry using the concept of individual accountability, something that he feels is in short supply domestically. “We face real challenges in getting employees to understand their ‘why’ and [figuring out] how they can contribute to the greater good of the organisation,” he said.

Beware too much regulation

An article on challenges to insurance stakeholders is incomplete without some reference to regulation. “The rate of change in the regulatory environment is unprecedented, certainly for my time in insurance – we have the new Insurance Act and the myriad regulations and requirements that go with governance, capital and risk management; the recent change in regulator; insurer relicensing; and IFRS 17 to name a few”, said Jack. The industry’s rapid move into the Insurtech space necessitates even more regulation as regulators seek to accommodate new digital solutions that service customers who previously had little or no access to insurance.

Insurers incur significant costs in adequately resourcing their actuarial, compliance, financial and legal teams to comply with the regulation and its reporting requirements. Over the long-term increased regulation will lead to consolidation in the industry as firms seek to offset higher compliance costs with the efficiencies that scale introduce. There are other unintended consequences to regulatory creep. Reflecting on the growing body of regulation in the financial services sector, most notably insurance, Bracher opined: “It is increasingly difficult to convince young people to work in the insurance regulatory space because for them to catch-up with the in-force regulation is almost impossible”.

The global insurance risk environment is forever changing. Bishop questioned how global underwriters were likely to respond to non-damage losses arising from infectious diseases such as the Corona virus (Covid-19). “Many business interruption policies paid out under extended damage following the 2017 Ebola outbreak; but there is no consistency insofar the scope of cover that is provided,” he said. Brokers, insurers and reinsurers will have to carefully define the risk solutions they bring to market in future. Local insurers will benefit by reinventing traditional products to address issues around business sustainability. “There is an onus on us, collectively, to structure products that enable sustainable businesses within South Africa,” concluded Grater.

South Africa’s well-documented economic woes are a major drag on insurers’ performance presently. “We are intrinsically linked to the economy in which we operate – as economies grow, insurable assets grow – and that drives organic industry growth,” concluded Jack. “Our client’s ability to pay more for risk improvements and premiums diminishes as businesses are squeezed – we need to find ways of dealing with this”. He added that a further downgrade to the country’s credit rating would potentially harm its reputation as a destination for reinsurance business for the rest of Africa.

Bracher concluded by highlighting lack of scale as a major obstacle to integrating technology into the South African insurance environment. “Artificial intelligence costs money and there are not enough people online in South Africa to make certain innovations viable – we do not always have access to the necessary equipment and data to build solutions – and this leads to an ongoing balancing act between overspending or underspending and falling behind,” he said.

We're not around right now. But you can send us an email and we'll get back to you, asap.